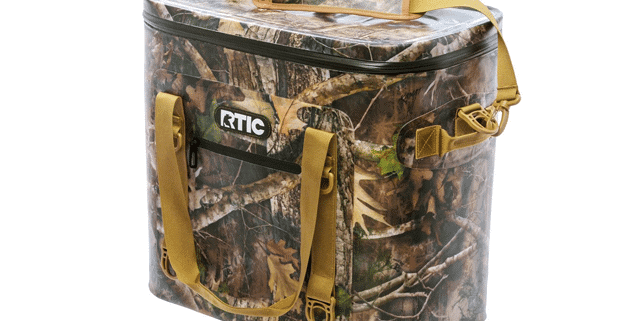 There’s nothing quite like a cold beverage on a sunny afternoon. But if you don’t have the best cooler possible, you may need an RTIC Softpak 40 review if you don’t want lukewarm soda. And nobody wants that.

Choosing the right cooler can make or break your afternoon fun. Whether you’re traversing the great outdoors or just bringing a six-pack to a party, you want the best cooler available that doesn’t break the bank.

What Is the RTIC Softpak 40 Cooler? 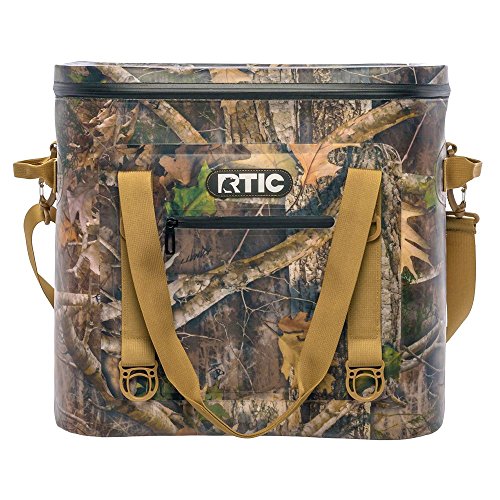 The RTIC Softpak 40 Cooler is the largest of their soft pack coolers, and it holds up to 40 cans or 40 pounds of ice. Its carrying handles and straps make it easy for a single person to transport, and it takes up less space than your average car seat.

And no matter where you are for however long, the cooler is made with StayDry material and a waterproof zipper. In combination with its no sweat exterior, the RTIC Softpak 40 Cooler will keep the contents cold without leaking. Plus, its anti-microbial liner is mold-resistant, making it even easier to keep clean.

In 2015, brothers John and Jim Jacobsen founded RTIC to design a durable cooler without charging exorbitant prices for their products. Unlike other major brands, you won’t find RTIC in retail stores.

Instead, RTIC sells directly to its consumers and ships from five major fulfillment centers, including their headquarters in Houston, Texas.

But in 2017, YETI successfully sued RTIC for patent infringement, and RTIC had to redesign their products. While the website remains RTIC Coolers, the company changed its name to RTIC Outdoors to encompass its additional products such as duffel bags, backpacks, and chairs.

For this RTIC Softpak 40 review, we looked at a combination of Amazon reviews as well as reviews on the brand websites for each cooler. We also looked at other website reviews to determine which factors may be most relevant.

We compared the RTIC Softpak 40 Cooler to products of a similar design, including some recommended on Amazon as an alternative to it. And finally, we evaluated a random selection of praises and complaints to determine what you may experience.

How the RTIC Softpak 40 Cooler Compares

RTIC claims they overbuild, not overprice, their products. But does that mean they’re the best option for your family? For our RTIC Softpak 40 review, we compared the cooler to three other brands. 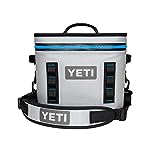 The YETI website reviews average 4.7 stars out 5 from 948 reviews, and an average rating of 4.2 out of 5 on Amazon, out of 355 reviews. But unlike the RTIC Softpak 40 Cooler, the YETI Hopper Flip 12 Portable Cooler only holds 13 cans instead of 40.

Overall, customers rave about how well the cooler keeps beverages cold. Positive reviewers take it on road trips, to harsh work conditions, and even on flights. By the end of their adventures, customers love that the ice remains unmelted in the YETI cooler.

The most common disappointment in both positive and negative reviews is the zipper. Some complain that the “zipper is very difficult to open/close because of designed leak resistance,” while others have shared their photos of mangled zipper teeth.

It seems, however, that YETI has recently offered a zipper lubricant to make it easier to open and close.

You can fit about 16 cans in this cooler. 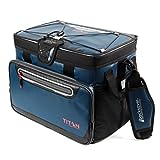 In addition to Igloo and RTIC, Arctic Zone Titan was a brand many YETI reviewers mentioned. The average rating on Amazon was 4.2 stars out of 5, although this rating also includes the other size variants (9, 16, and 30 cans).

Unlike others on this list, the 48 Can Titan Deep Freeze Zipperless Coolerdoesn’t have a zipper. But this wasn’t usually a highlight in the reviews.

Reviews were mixed about whether the cooler could maintain a cold enough temperature for a reasonable amount of time. Many said it keeps food and beverages cold, but the ice doesn’t last as long as the brand claims.

Arctic Zone says the cooler keeps ice up to 3 days, but with a disclaimer noting that, after their 72-hour experiment, ice was still present.

A recurring negative for the product was the inner plastic lining. Customers noted that it was either cracked on arrival or that it cracked after months of use. It holds 48 cans.

In contrast to the other designs, ICEMULE makes their coolers available as backpacks. The product has an average rating of 4.3 stars out of 5 on Amazon, but includes ratings for the large and XL sizes as well.

Overall, people were impressed with how well it kept items cold. Customers raved about how easy it is to use over a few days, whether they’re hiking, biking, or just spending time at the beach.

And compared to bulkier coolers like the ones on this list, customers loved how easy it was to transport. One customer says it’s their go-to cooler!

But while he and others praised the straps, others were disappointed in either their comfort or quality. Negative reviews also noted that their bags leaked at the bottom. That will hold 36 cans and ice.

Pros and Cons of the RTIC Softpak 40 Cooler 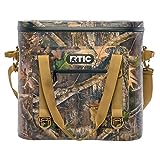 It’s worth noting that, while 85 out of 163 reviews on Amazon were made before 2018, only 40 percent of the positive reviews were made after 2017. That seems a potential result of the lawsuit settlement between YETI and RTIC.

RTIC Softpak 40 Review: Be Ready for a Picnic Anytime, Anywhere

When you’re planning your next family picnic, you want to know your cooler is dependable. An RTIC Softpak 40 Cooler may be an excellent option for day outings, especially for the price. But it may not hold up to adventurous journeys or long periods of time in hot weather.

Have you used an RTIC cooler? Do you recommend a different kind? Leave your RTIC Softpak 40 review in the comments!