Pool is a game that is loved by millions of people around the world. It’s played in bars across the globe. Additionally, although it’s a popular recreational sport, there are lots of professional players that compete to be the best every year.

Before you learn how to rack a pool table, we’d like to make sure you know what pool is, so let’s get into it. Although you may think of pool as a specific sport, it isn’t. Instead, pool is a classification of cue sports played on a table with six pockets that you try to knock balls into.

There are records of some forms of pool dating back to the 15th century in Northern Europe. Pool originated as a game for royalty. Additionally, it started as an outdoor game that players played alongside croquet.

In the late 1600s, the pool cue was perfected and was more or less made into what we have today. Before then, you would hit the ball with something that resembled a mace. It was also around this time that chalk started to be used to increase friction between the cue and the ball.

We’re almost ready to teach you how to rack a pool table, but there’s another thing we need to cover. We need to discuss what you need to play pool.

If you only plan on playing pool at the local bar, there isn’t anything you need to bring. All the equipment you’ll ever need is at the bar. However, if you want to set up a pool table at your home, there’s some equipment you’ll want to purchase.

Firstly, you’ll want to get a pool cue case. This isn’t essential, but having a little extra protection for your pool cue could save you money in the long run. 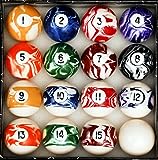 Now that you’ve learned how to rack a pool table, you can get started playing pool today. You won’t need to waste time figuring out how to rack the balls every time you go to the bar. This way, you can spend more time playing and less time trying to figure out the rules.