You are here: Home1 / Blog2 / do kayak paddles float

Before you head out on the water, you may ask the question, do kayak paddles float? It’s an important question to ask as you need to know how careful you need to be with your paddles. If they float, you won’t have to worry about losing your propulsion device to the depths of the lake. 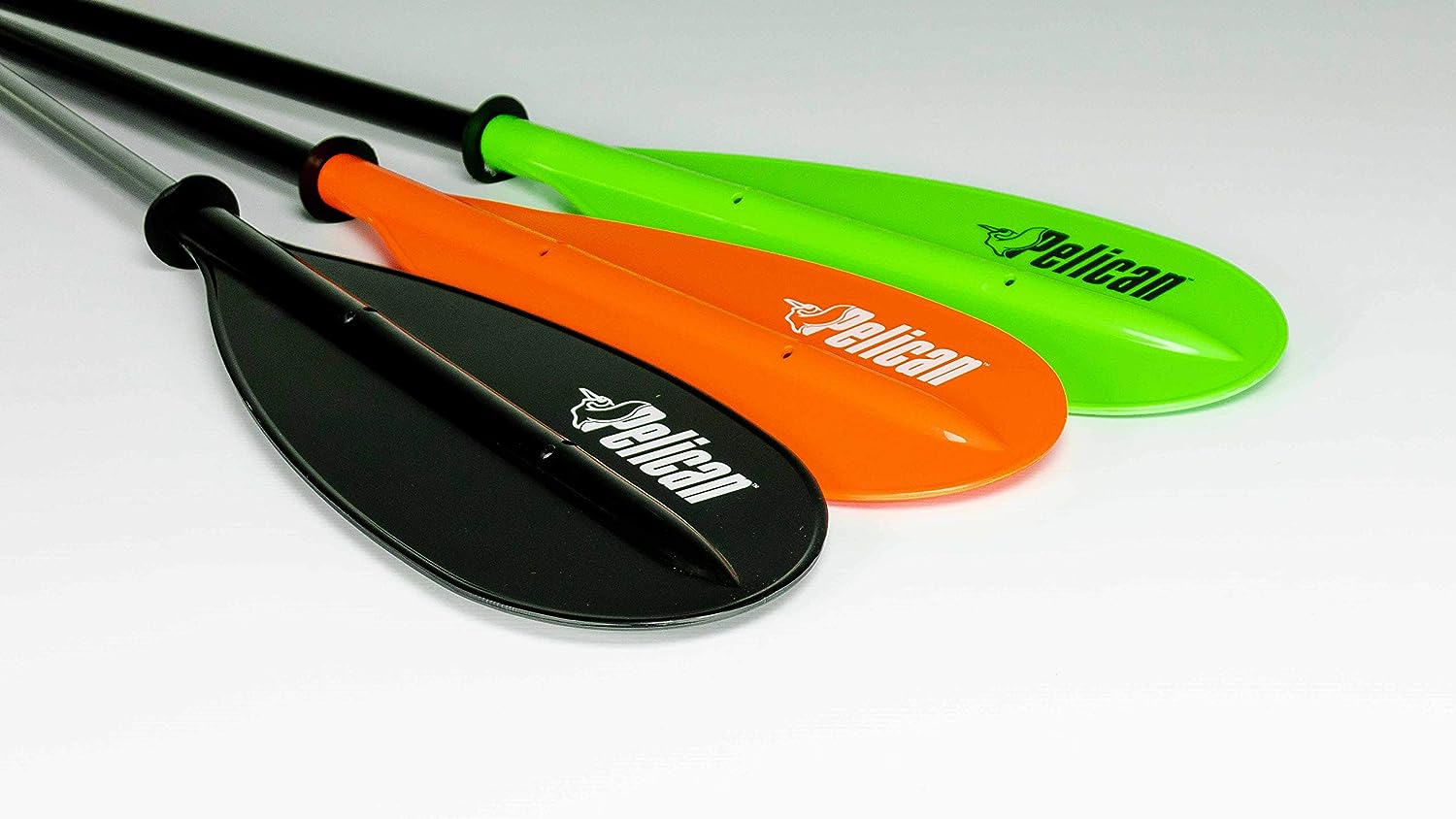 Although there isn’t a definitive answer here, it’s safe to say that nearly all kayak paddles will float. The buoyancy of the paddle depends on what it’s made from as well as a few other factors. However, despite a few exceptions, most kayak paddles to float.

What Are Kayak Paddles Made From?

Despite technological advancements and the development of several synthetic paddles, wood maintains its status as the most popular material for making paddles. Wood is aesthetically pleasing, has a natural flex, it’s light and strong

There is also a lot of variation in the weight of the paddles. This is because different types of wood have different weights. As a result, there can be significant differences in weight from paddle to paddle. 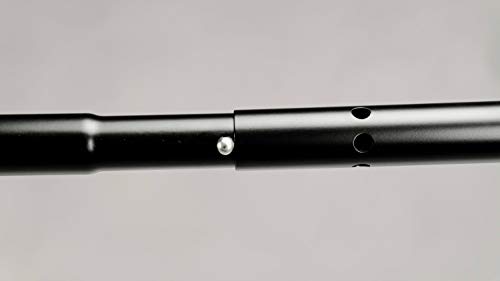 The first category is the more cost-efficient option. These paddles have plastic blades and aluminum shafts. The most significant benefit of these paddles is that they are more durable. However, there are some significant downsides to these paddles. 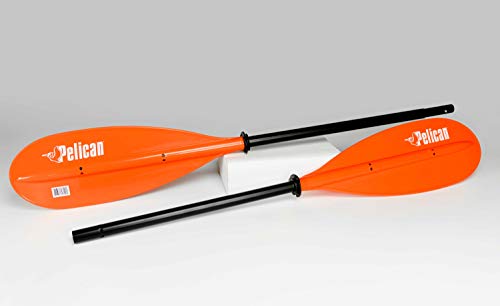 Firstly, these paddles are usually heavy and stuff. The aluminum shafts can also get very cold or hot if they don’t have a sleeve. Most people keep these paddles as backups in case of emergency.

The other synthetic paddles are made from graphite and carbon. These materials make for incredibly light paddles, but they are more expensive.

Why Do You Want Kayak Paddles to Float?

Although your first question might be, do kayak paddles float, you might also wonder why they must float. The significant reason for them to float is, so you don’t lose them.

When you’re out on the water, there’s a lot you need to be aware of. Are there other boats in the area, and is there any debris in the water you need to avoid? You also need to make sure you’re going in the right direction. 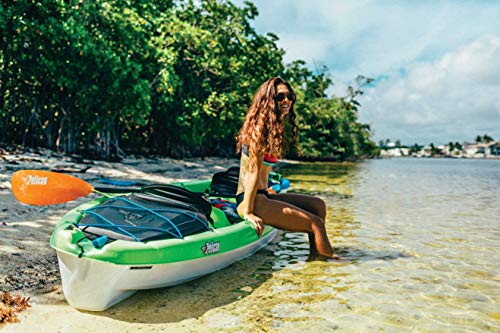 While you’re worrying about all those things, it might be easy to forget to keep a firm grip on the paddle. As a result, a strong gust of wind or a big wave could knock the paddle out of your hands. If the paddle were to sink, you’d be stranded in the middle of the lake.

Being in the middle of a lake without a paddle is not a situation you want to find yourself in. You’d have to try to paddle with your hands, which would take a long time. Or you would have to abandon the kayak and swim to shore.

Neither of these situations is ideal, which is why kayak manufacturers make paddles that float. This way, if you briefly lose control of your paddle, you can grab it out of the water without worry. Although these situations are rare, you’ll be thankful your paddle floats if this ever happens to you.

Difference Between Kayak and Canoe Paddles

For those who don’t know a lot about boating in general, they might not have known kayaks and canoes were different things. While they are similar, there are distinct differences between the two. Specifically, the paddles are very different.

Kayak paddles have a blade at both ends and are much longer. Additionally, kayakers will only use one paddle.

Canoe paddles only have a blade on one end, and they’re much shorter. Canoe paddles are basically kayak paddles that have been cut in half. 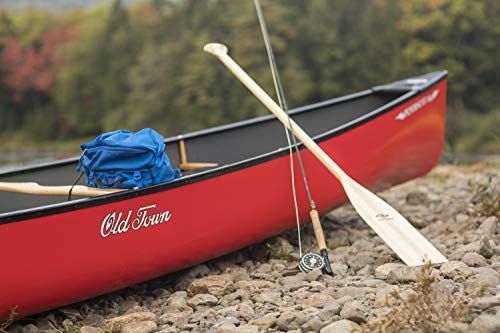 Kayaks are only equipped for one person to ride. However, canoes can fit one or two people. If two people ride in the canoe, they each will have a paddle, paddling on different sides.

If you ride in a canoe on your own, you use one paddle and alternate paddling on each side. Other than these differences, the paddles are basically the same.

What Do You Need to Start Kayaking as a Beginner?

The first thing you need if you’re going to start kayaking is the kayak. There are several different types of kayaks, including kayaks, that don’t have a cockpit. However, as a beginner, you’ll want a simple recreational boat.

These kayaks will have large kayaks that are easy to climb in and out of. Some of them are also equipped with a foot pedal that operates a rudder. This is useful if the water is unusually choppy.

Now that we’ve answered the question, “Do kayak paddles float?” we can get into which paddle you should choose as a beginner. The first thing you need to remember is that the taller the person, the taller the paddle you’ll need. Typically, you will want a paddle that’s between 210 and 260 centimeters long.

Additionally, now that we know the answer to the questions, do kayak paddles float is yes, we can say that if you do fall out, you can hold onto your paddle for a little extra buoyancy.

Although you might not think it, kayaking is one of the most dangerous recreational activities that you can partake in. This is because you are out on open water, and when water is involved, there’s always a risk. However, as long as you take the proper precautions, you’ll never have a problem.

Firstly, you should always consider the weather before heading out on the water. When the weather’s terrible, there will be more waves. This will increase the chance of your kayak capsizing.

You should also invest in the proper clothing, depending on your climate. If you’re in a warm environment, you don’t need to worry too much about clothing. All you need to protect yourself from the sun is to wear some sunscreen.

However, if you’re kayaking in the cold, you should wear a wetsuit in case you fall in the water. A wetsuit will keep you from getting hypothermia after falling in frigid water.

You also need to be aware of how windy it is. This isn’t as important when you’re kayaking on a lake, but if you’re on the ocean, it can make it very difficult to return to shore. It will increase the size of the waves and increase the strength of the current.

It’s also essential to follow the boating rules in your area. The rules are there to keep you safe, and failing to follow the rules could result in an injury to you or someone else. You should also every consume drugs or alcohol while kayaking.

Start Kayaking with a Good Set of Paddles

After reading, we hope you feel we did an excellent job of answering the question: Do kayak paddles float?

We also hope we gave you a lot of valuable supplemental information regarding kayaking. After all, it’s essential to know what you’re doing before you get out on the water.

Now that you know that we’ve answered, do kayak paddles float, you’re prepared to take up kayaking as a hobby. Always remember to wear your life vest no matter your experience level. Also, make sure to follow our safety tips so you can reduce the risk of something terrible happening.

Are you a new or experienced kayaker? Did we do a good job of answering, do kayak paddles float? Let us know in the comments!