It is Saturday morning, and elementary and middle schoolers are suiting up for the big game across America. Helmet, check. Mouthpiece, check. Shoulder pads, check. Cleats, check. Your player is ready. The question, however, is your team's coach ready?

The book and video series by Dave Cisar, called Winning Youth Football (WFY), is the answer to this question. Many dads have been talked into coaching their child's team, thinking it would be easy only to come to find out there is a lot more to the game than when they were playing in high school. What offense do we run and why–Winning Youth Football has the answer. What defense do we run given the minimum play requirements in our league–Winning Youth Football has the solution. What strategy do I use when the other team is more athletic–Dave Cisar has the answer. How do I communicate with parents-WYF answer this question and more? Dave has provided an A to Z when it comes to running a team.

Bottom line up front:  We highly recommend the Winning Youth Football book & video series. Now is the time to plan for next fall. If your team had a losing season, purchase the series. First, read the WYF book from beginning to end to find out what is in the book. Then pick one of the questions below to develop the answer with confidence that the solution in the book will make your team better. Our teams have gone from average to compete for and winning championships. So again, we highly recommend it; see other coaches' reviews here.

Check Out the Reviews at Amazon

As a dad new to youth football coaching, you probably don't even know what questions you should be asking. This article is written for you. Here are three questions from the three phases of the game:

We will answer these questions according to Dave's research and experience.

What offense in youth football provides a distinct advantage over the defense?

There are a lot of items that are the same, and Eleven players are on both sides of the ball. Each team will receive a kickoff. Both offenses have to travel the same yards to get the first down. That said, there are many differences you as a new coach can exploit. Coach Cisar's system enables you to do just that.

Advantage #1:  One of the main points to Deve's offense is you outnumber the defenders at the point of attack. Suppose you think about it from the vantage point of playing chess. When you have more pieces attacking a square than the number of defenders who win the exchange? You do, and you come away from it with a material advantage. The single-wing system Winning Youth Football employees can provide you with the numbers advantage on every play.

Advantage #2:  Often, advantage $1 above causes the other team coach to overreact. If not the coach, youth players often start to over purse to the numbers advantage side. When the coach or players start to adjust, the WYF system is just that, a system that allows you to take advantage of the adjustment. For each base play, there is a counterplay. These calls are often home run hitters and score a touchdown in that the defenders that should have stopped the play are looking and running to the wrong side of the field. Given these counter plays, we have had many 60, 70, and even 80-yard plays by average players for six. The system is real, and the advantage is yours as the offense.

Advantage #3:  Dave has spent years studying and researching the game, so you don't have to. Here he has discovered a gold mine. The way he has designed the single-wing snap creates deception and makes the defense guess who has the ball. If a defense is a step slow at recognizing who has the ball, there is no question who has the advantage. Test this, take your linebackers and line them up (both teams are at full capacity with lineman and defense lineman in three-point stances). Using Coach Cisar's system snaps the ball to any one of three quarterbacks in the system and asks them to call out who has the ball. If they get it wrong just one out of four times, you have an advantage, but frequently I see my best linebackers get 50% of the calls wrong. Again, test it for yourself and especially for your assistant coaches. When they see the players are essentially guessing, your defense coordinator will believe in the offense.

What defense will stop the number one scoring play in youth football?

Youth football is not the NFL, it is not the NCAA, and it isn't high school football either, especially in the younger grades. Therefore, taking and implementing the San Franciso 46ers offense in third grade is idiotic. The same is true when it comes to defense. In our experience, 95 to 98% of offensive plays are run plays. Therefore, having a Defense that shuts down the run is essential. Even more to the point, what is the number one scoring play in youth football? According to Dave, the most scored with play is the sweep or end-around. Coach Cisar mentions the second most scoring play is the reverse. Given this, having a defense that eliminates both of these plays takes away a team's home run plays and forces them to grind out a victory. Often, teams will become frustrated when not breaking chunk plays, and you see offensive coordinators attempting to add a new play or concept in the huddle. When you see this, you know you have won the battle. Read Winning Youth Football: How to Create a Dominate Defense to find the answer to what defense you should be using.

Note: Having your players understand the formation adjustments is critical. You can't just line up in one formation without adjustment and expect to do well. The defense is the same, but reacting to how the offense is aligned is critical. As a coach, your job is to put the players in the best position to win on every play. Coach the adjustments and how to react to adjust to motion. Again, the defense will be the same but alignment to different formations will be very different (read the chapter about scouting one opponent to learn how to set your team up for success during practice). Oh, and by the way, install defense-first!

Did you say Special Teams?

There are three phases of the game. On more than one occasion, I have seen coaches instruct their players about their special team formation and assignments during warm-ups of their first game of the season. Special teams play can win or lose you a game. The numbers have proved coach Cisar's strategy. We have used it to perfection and, on multiple occasions, have prevented a team's offense from touching the field for an entire first half. One coach said, "Thank you for allowing us to watch our defense play the entire game."

Knowing how important special teams can be is one takeaway from the series, but probably even more important is the practice plans and objectives that have been laid out for you. You won't be that coach introducing special teams at the first game if you have implemented the system as recommended by the Winning Youth Football system. 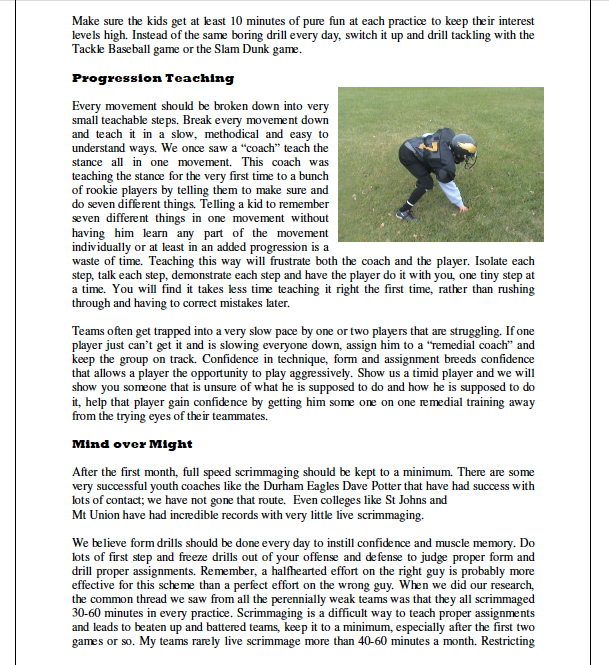 Want to be a winning youth football coach?

After having purchased the book, read it cover to cover. Dave has done a great job covering every aspect of the game and the off-field team administration. In the beginning, you will have to pick and choose the chapters you study, but to fully grasp the impact that these insights and plans can have on your team, it will take multiple seasons. Coach has even added to the system over the years, but that is for another time. The offseason is the time to start preparing to win next year.

Good luck! I suspect if you install Coach Dave Cisar's system, you won't need luck to win, however.

Wide feet?  Check out our article about Best Football Cleats for Wide Feet.

This book is absolutely the best book around to help a youth coach learn his craft. Coach Cisar guides you through all the pitfalls from players selection, team building, offense, defense, drills, how to deal with parents, and most importantly how to have fun and win. After purchasing this book, I decided to check out Coach Cisars other products. I found his website  and decided to call to get some suggestions on different training materials. Coach Cisar got on the line with me and was very generous with his time and information. Without a doubt one of the best youth coach trainers in the world. You WILL NOT be disappointed! 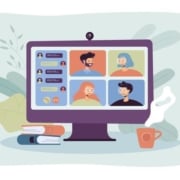 How to Play Pictionary: An Illustrated Guide 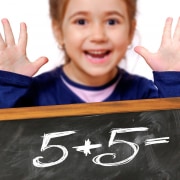 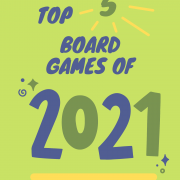 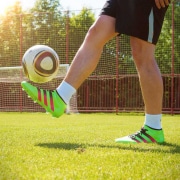 How to Break in Football Cleats for a Comfortable Game 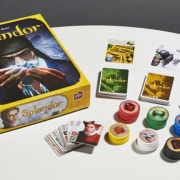 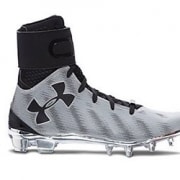 5 Best Football Cleats for Linemen to Try This Year 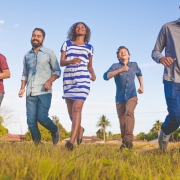