What are the Best 2 Person Board Games?

You are here: Home1 / What are the Best 2 Person Board Games?

Playing board games is an incredibly fun pastime that can be enjoyed by people of all ages. Not only are board games fun to play — they can bring people together, challenge the mind, strengthen relationships and much more.

Board games have also advanced quite a bit in recent years. Modern games are even more engaging than old family favorites like Monopoly, Scrabble, and Life. The board games available now are funnier, more interesting and much more diverse!

BENEFITS OF PLAYING BOARD GAMES

Here are a few of the biggest benefits of playing board games:

Having a few laughs while playing board games releases endorphins into your brain, which help you feel relaxed and happy. Board games the perfect way to unwind and de-stress after a busy day at work or school.

Playing board games has been shown to improve attention span, memory, concentration levels, and verbal fluency. You can easily improve and develop your cognitive skills through board games.

A French study found that playing board games is also fantastic for reducing cognitive decline.  This makes playing board games a particularly beneficial activity for older people.  Not only will these games be a great way to have fun — they will improve your mental health.  The risk of Alzheimer’s disease and other forms of dementia is also lower amongst people who play board games and stay mentally active.

Stronger bonds with friends and family

Having some fun with friends and family can strengthen your bonds with them and improve your relationships. Instead of zoning out in front of the television, you will be actively engaging with your loved ones — laughing, telling stories and learning more about one another.

You will improve your mental capacity

Playing board games will improve your ability to think quickly, memorize numbers, spell words, rationalize, strategize, negotiate and win an argument! Your brain will be as sharp as a tack, which will improve your performance at work or school.

Board games can be educational

Many board games have educational aspects that can help a person learn more about various topics including mathematics, history, and the English language. Board games are also excellent for teaching some general concepts to young children including taking turns, actions having consequences, learning how to think ahead, making tradeoffs, being a team player and being a good sport.

Playing board games will improve a person’s social skills including their ability to speak clearly, listen to others, read people’s expressions, share things, be patient, and wait for their turn.

Board games can increase intimacy between two people

Board games aren’t just for kids! There are a number of board games designed for adults to play. They can increase the level of intimacy, trust, and friendship that you have with your partner.

SOME OF THE BEST 2 PERSON BOARD GAMES 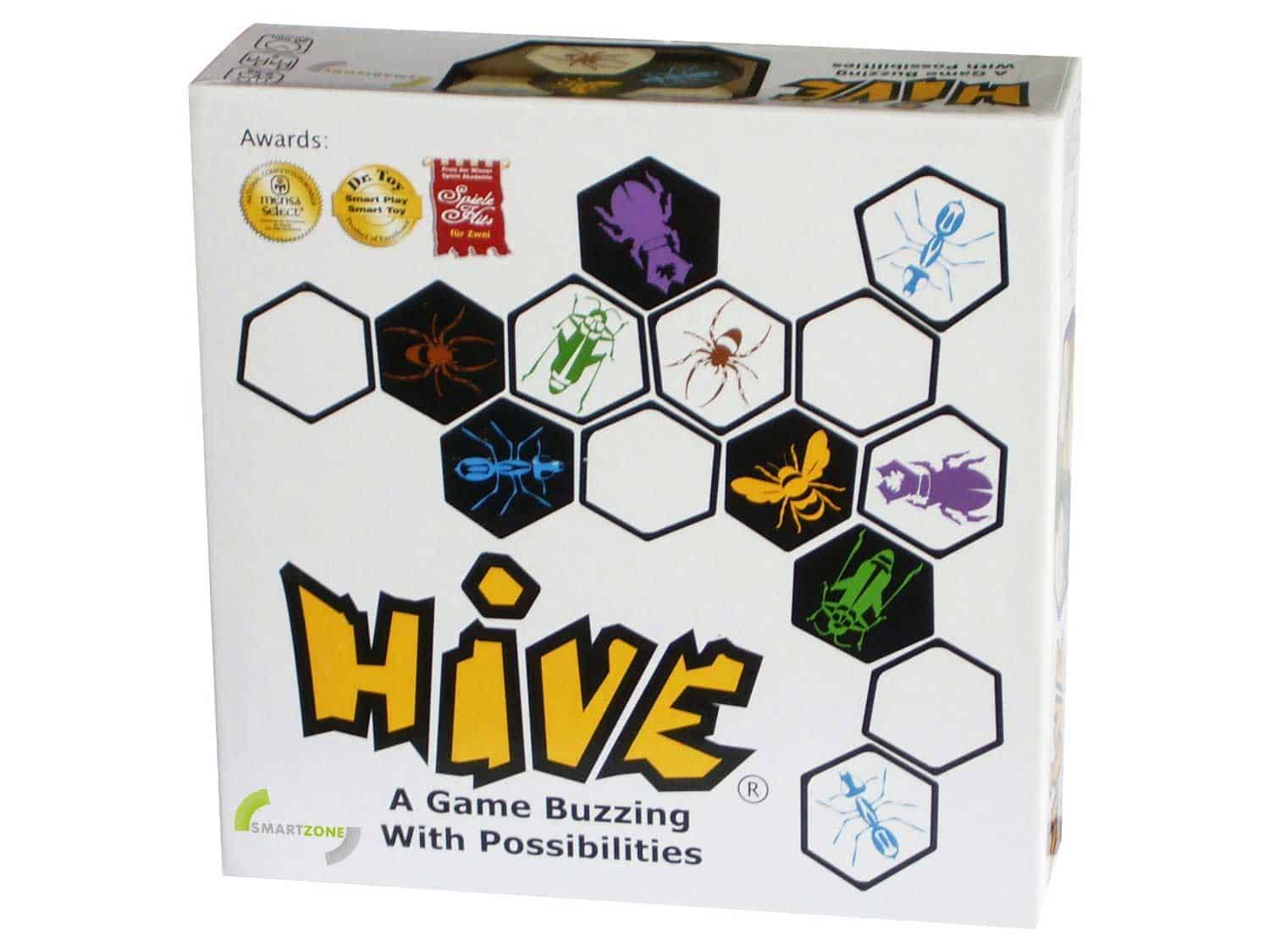 Hive is a strategic 2 player board game without the board! It uses a number of hexagonal pieces that have different insects imprinted on them. Similar to chess, there are black and white pieces, with players taking turns placing pieces. It can be played on any flat surface, which makes the game highly portable and easy to start.

The goal of the game is to protect your queen bee while trying to encircle the opponent’s queen bee. Each hexagonal piece has the picture of a bug imprinted on it and each bug moves differently. Beetles can climb over other pieces, grasshoppers can leap long distances while ants move around the edges of the hive.

Like checkers, it is a simple game to learn but difficult to master! Children can easily learn how to play Hive and get a great deal of fun out of it. Just be careful — it’s highly addictive! 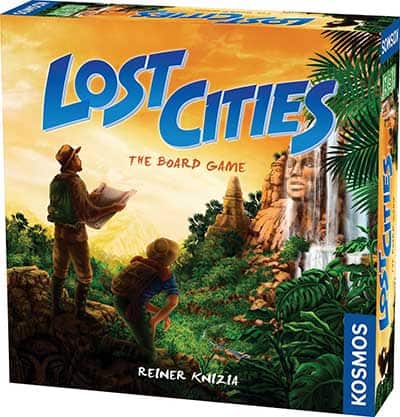 This game involves two explorers setting off on an expedition to find a mythological lost city. Each player has a set of cards that they use in their journey to find the lost city. The cards come in five colors and are numbered from 2 to 10.

After being dealt a hand, each player chooses which expedition to go on. Each expedition has a different color. After choosing an expedition, you receive a 20-point deficit to your score that only cards of the expedition’s color can rebuild. There are also multiplier cards (positive and negative), which affect the result of the card that is played next. Players have the option to discard cards, but they might be taken by your opponent!

This game is great for people interested in playing an unusual card game that will improve their maths skills. The rule set is simple and it only takes a couple of rounds to learn.

Agricola All Creatures Big and Small 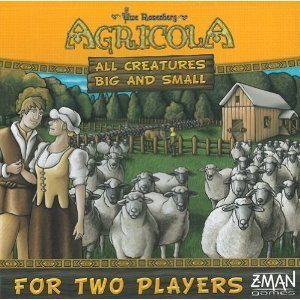 Agricola is farming simulator set in the 17-Century. Although that sounds a little strange at first glance, the game is quite strategic and a lot of fun for people aged 13 and older. The 2 player version is a lot simpler than the full-scale version, but there is still enough complexity going on to make for a very exciting and interesting game.

In this version of the game, you are an animal breeder who is trying to make the most out of the pastures that you have available. You have horses, cows, sheep and pigs at your farm and must manage them in the most productive way possible. The game only lasts eight rounds, but a lot happens in those rounds!

You will have to develop your farm with a very limited amount of resources. For example, you will often have to decide between buying land, building a fence, putting up a new building or acquiring a more animals. The player with the most points at the end of the eight rounds will win. 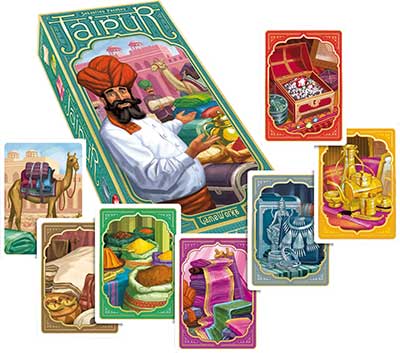 This is a very popular card game designed for two players. It is a fast-paced game about trading goods in India. At the start of the game, each player is dealt a hand of cards which represents goods that can be traded. They include spices, leather, silk, camels and so on.

The “central market” is set up between the players. It consists of 5 cards that can be purchased by players. You can also sell the items that you own. If you sell an item that you have a lot of, you will be rewarded with bonus coins, but the value of money tokens goes down as the round progresses. So players are faced with a choice — sell now for a small profit or risk waiting for a potentially larger profit.

It’s exciting, fun and can teach young players about risk/reward strategies. It is a great game for anyone over the age of 12.

The Castles of Burgundy 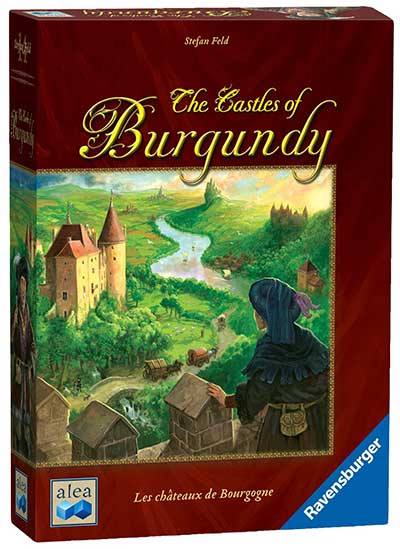 This is an immersive strategy board game set in 15th-Century France. Each player is a prince (or princess) who is trying to build the greatest estate in all of the land! Players build their estate by farming livestock, trading, performing scientific research and constructing buildings.

It is a beautiful-looking board game that can be played by between 2-4 players aged 12 or older. There are a number of strategies which players can use to get ahead of their competitors in the game. To do well in The Castles of Burgundy, you will require planning, patience and attention to detail. 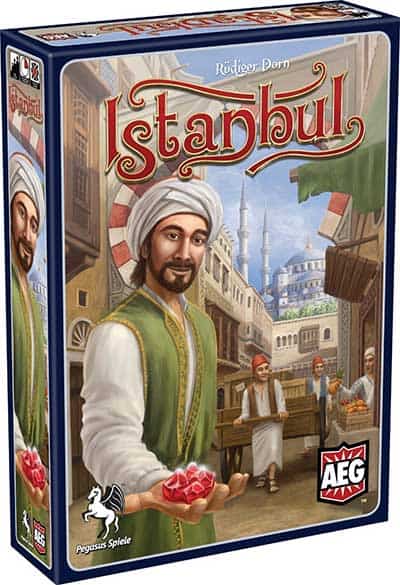 This popular game shares some similarities with Jaipur and The Castles of Burgundy. It is set in the bazaar district of Istanbul, where merchants trade items with one another. The goal is to use wheelbarrows to take goods from warehouses to various destinations where they will be sold. The merchant who sells the most items and accumulates the most rubies wins the game.

The merchant has to use assistants to transport and sell items, so must carefully manage their movements on the board. This game is fun, strategic and interesting but isn’t bogged down by rules. The rules are spelled out in a 4-page booklet, so it is quite easy to learn the game and get started. Fun for anyone aged 12 or older.